0
0
March 22, 2018
Good News
More than 4,500 people have been screened by doctors for non-communicable diseases (NCDs) since December 2016, as part of a pilot project to raise awareness and improve early detection of persons [...]

NCRHA adds 3 new heart clinics as the Authority expands care to more than 1,500 patients per month

0
0
March 22, 2018
Good News
The Eric Williams Medical Sciences Complex managed by the North Central Regional Health Authority (NCRHA), continues to be the most visited health institution in the country, seeing more than [...]

NCRHA, Maryland surgeons puts patients back on their feet

0
0
March 22, 2018
Good News
More than 80 patients were screened over the weekend for hip, knee and related surgeries as part of an initiative by the Ministry of Health, the NCRHA and Operation Walk Maryland (OWM) to provide [...]

Ready for the Road

0
0
April 20, 2016
Uncategorized
The Ministry of Health will join the international community in celebrating World Health Day on April 7th, 2016. This is a day that marks the anniversary of the founding of the World Health [...] 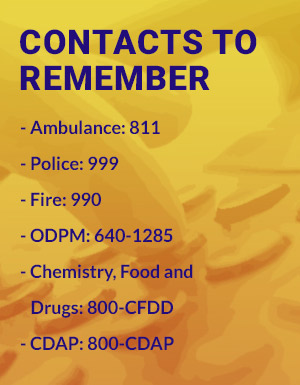